This Picture Has a Secret: Hiding a Toilet Paper Shelf Between The Studs

Thank you so much for your support on yesterday’s reveal post! It feels so good to finally have our primary bathroom done—one step closer to living the suite life.

There was one feature of our bathroom that I wanted to expand on, and it’s a secret—don’t worry, the fun kind! In the corner above the toilet, we have a wonderful print. The secret? It’s hiding a shelf that we built in just for toilet paper!

This is one of those ideas that I’ve shown to a few friends and they’re always asking “how did you come up with that?”

The truth is I don’t really know—I think I was looking at the open walls at just the right time when it hit me: wouldn’t it be fun to hide some secret storage in here?

I do think I was influenced by Jasmine Roth and her show Hidden Potential, since she’s always doing quirky things that hide storage or fold away or have dual purposes.

No matter where the inspiration came from, I feel like this project was an example of the value of (1) taking your time and (2) DIY. There is no way this idea would have come to me if I hadn’t been staring at open walls for months on end.

And it is unlikely that I would’ve asked a contractor about putting something like this in. But because we were DIYing, I felt more liberated to ask Dustin about it and go for it when it came to my big ideas!

Now, this is one of my favorite things in this room. I love the art, I love the secret element, and I am so happy we decided to execute on this idea.

Want to shop our bathroom? Every source is listed in this post.

If you need a nudge to try out your cooky idea, here’s your permission to go for it. And, if you want to re-create our hidden shelf, I’ll share a bit about how we did it.

Unfortunately, I didn’t take a lot of photos (newbie blogger problems). But, if you get lost, drop your questions in the comments and I’ll try to help you out!

How We Built in a Hidden Shelf Between The Studs

First of all, there was actually a stud basically in the middle of where I wanted the shelf to go. (I didn’t think of this, like, before there were studs. Of course). Because of that, we decided just to make two shelves instead of one.

I started by measuring a roll of toilet paper. Thankfully, because there is plumbing in another part of this wall, it had 6 inch studs instead of 4 inches, so the TP rolls fit just fine.

I also measured the height of the rolls and decided to make the shelf tall enough that I would have more than enough space to stack two rolls. Then, I figured out the approximate height I’d want the middle of the print to be at (around 60 inches). We sketched on the studs where the shelf would be.

Step 1: We added additional 2x6s around the stud to frame out the shelves and, once the drywall was up, I cut two holes out of it.

Step 2: I used j-trim to cap the rough drywall sections but I think you could skip that step because we covered the j-trim anyway.

Step 3: We used project board to fit inside our shelves to give it that polished look, and sort of framed out the exterior of the shelves as well to cover my uneven cuts for fun.

A whole bunch of caulk and some paint later, and we were ready to hang the print!

Hanging a Print on a Hinge

This is probably the *more* helpful section since the last bit was a little specific to our wall. Anyway!

First of all, I picked a really fun print from Artfully Walls. I wanted a portrait because I liked the idea of it being a person with a secret. (Or maybe it’s my Harry Potter upbringing. Did I want a secret entrance behind a portrait so I could feel like a Gryffindor? Let’s not psychoanalyze.) And I wanted some color to pop against all of the black and white.

I ordered the print framed because that just makes everything simple. When it arrived, we popped off the picture wire and attached this hinge with a bunch of little screws.

Piano hinges are a cut-to-size sort of thing, so just trim it down to whatever you need.

Because our frame was black, I also spray painted the hinge black. I had a hunch it might be slightly visible.

Once we had the hinge attached to the frame, we measured where we wanted the print to go, swung it open, and marked every other hole. Then, we just installed anchors and attached the other side of the hinge to the wall with screws.

Hiding A Shelf Between The Studs

Do you love this project as much as I do? I hope so! This is the really fun part of DIY and design—getting to see your idea come to life!

Instead of just being a blank corner, this spot now has some color, some life, and, of course…a secret.

Tell me in the comments: would you do something like this in your house? I’d love to know!

This post may contain affiliate links, which are a way to support our blog at no cost to you. Thank you!

share
Previous Story
Our Black and White Bathroom Reveal!
Next Story
LG Craft Ice Refrigerator: A Real Review After Over A Year of Use 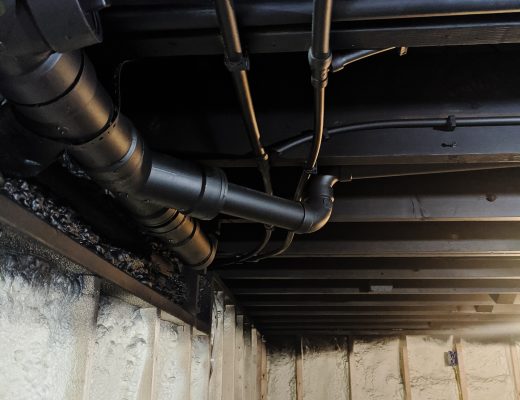 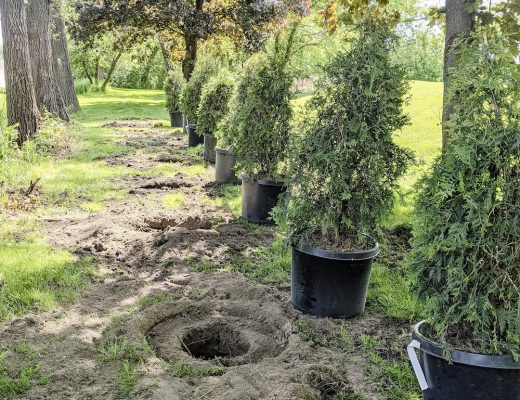 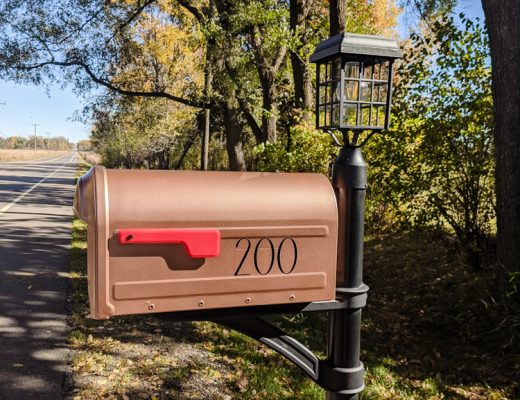 Quick and Easy DIY: How to Spray Paint A Mailbox