Hey friends! I know we started talking about our pantry re-do a while ago, and we’ve showed sneak peeks on Instagram stories, but lately we’ve been a little quieter about it so today I just wanted to give a quick update.

We haven’t forgotten about this super important project! I still would love to get this done ASAP (there are so many pantry boxes in my kitchen and finding spices is a chore) but getting demo done in the master bathroom simply took the priority spot for a little while.

So, to satisfy your pantry cravings, here is an update on the work we did and what we still have left to do to get our pantry done.

If you remember from our pantry inspiration post, the first thing that had to go was the green textured walls. We started by priming them and putting on a coat of white paint.

Honestly, this was probably unnecessary since we were going to put shiplap over the walls, but I wanted to be 100% sure there would be no peeks of green and no alien glow peeking through.

Then, Dustin installed the shiplap. We bought this shiplap from Lowes, and it’s really nice because it fits together and one side has a longer lip than the other—meaning Dustin didn’t have to deal with spacing.

He put chalk lines on the walls where the studs were and then just cut the boards to the right length and nailed them on, making sure to line all of the boards up all the way around the room.

We still have to put up some crown molding to cover the last gap at the top, as well as quarter round in the corners to cover any slight variations in board length.

Finally, I’ll spackle the nail holes and gave everything a coat of paint. We bought Benjamin Moore Frostine in eggshell finish.

This is the same white we used on our kitchen cabinets in the city house, so I knew it was going to be a nice bright, cool white. (I really wanted to keep this space bright since it was so small.)

Just making a decision on pantry storage options has taken us so much longer than I ever thought it would.

I knew I wanted some kind of small workspace/countertop in the pantry—both for looks and the practicality of having a place to set things when you’re pulling stuff out, etc.

(Side note: nobody seems to understand this, but let me remind you that our pantry is extremely deep—a cabinet with workspace means deeper storage on the bottom and we can do more narrow shelves above.)

Dustin really wanted open shelving above that, and minimal research brought us to the conclusion that he would build it (brackets were out because the studs are in weird places).

So the question was what to have under that countertop. I picked out a single base cabinet, but Dustin didn’t like the idea of closed storage in such a small space (space needed to open doors is significant when you’re talking a width of 30 inches).

Ultimately, the base cabinet we were looking at was backordered and was going to take forever to ship, so Dustin won. He followed this tutorial (roughly) to build a little base shelf and we cut this butcher block slab to go on top.

All of that took a super long time because walls aren’t straight in an old house, so we actually had to cut the butcher block so it was slightly more narrow at the back. Nothing is actually level either, and the shiplap makes level shelves look crooked, so it’s all a pain.

Finally, we wanted some wall spice racks, and after so much searching, I found the perfect ones at Ikea.

So, that’s where we are now. We are hoping to finish everything next weekend, which at this point includes: finishing the base cabinet, building shelves above the cabinet, and hanging spice racks.

I also want to find some good storage options, so I’ll need a trip to The Container Store.

Finally, we still have to install the new semi-flush mount light I picked for the space, and I might experiment a little bit with the doorknob situation.

I’m trying to take my time and really examine what’s going in here. It’s a lot of work to overhaul your storage later on, so I think it’s worth figuring it out the first time. 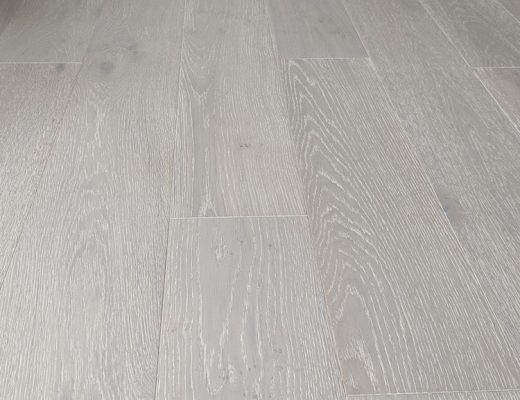 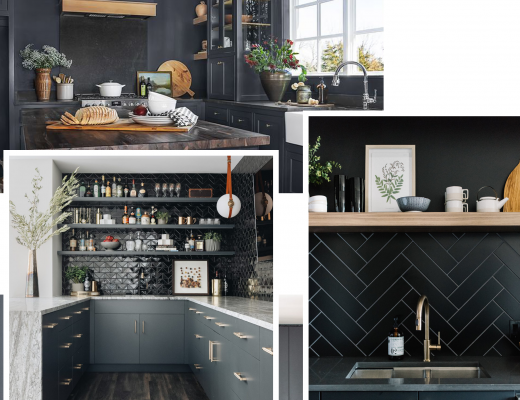 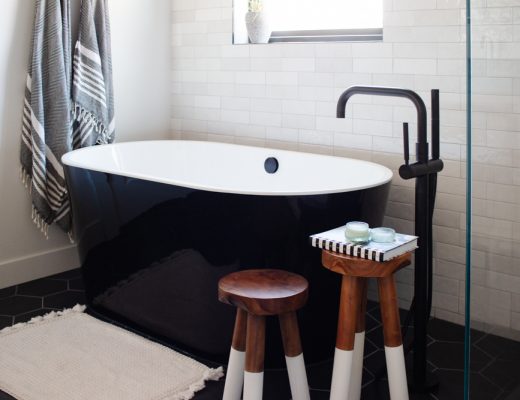